My Road to Challenge: Training Week 6 of 40

OK, so I ended week 5, reflecting on a training lesson learned: more scheduling structure so that I don’t end up with an unbalanced training load, spending the second half of the week doing triples and quads. And despite that awareness, I did it again! Today marks the 4th consecutive day of triples and I’m tired. And my workouts showed it. A slow 6K run this morning. A weight workout with my trainer where I repeatedly whined “I don’t like that”. Then a slow 1700m swim that had me questioning whether the pool was 25m. So it’s good to be learning these lessons now, early in my Challenge training, when I’m really just ramping things up.

Perhaps also adding to my fatigue is the return to eating like a scale obsessed food Nazi. I was still carrying those extra pounds I talked about in November. And then making merry with crackers, chocolate, wine, and Bailey’s*… well, I crept up a little higher on the scale. *Bailey’s… I need to stop here for a minute. 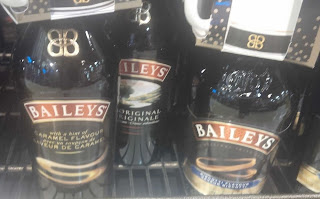 Bailey’s is a seasonal treat. We buy some at Christmas and enjoy it in our coffee. This year, I discovered two new varieties at the liquor store: Caramel & Biscotti. Which to buy, which to buy… I went with the Caramel. It was fabulous in coffee. What to my wondering eyes but a week later, the bottle was empty! How did that happen? We hadn’t even made it to Christmas yet. So I did what any spirit-loving-holiday-treat-indulging in-denial-and-staying-off-the-scale-to-avoid-a-wakeup-call woman would do: I bought the Biscotti flavour. That one’s not as good in coffee as the Caramel. Unfortunately for my waistline, it is incredible on its own over ice. And that bottle is gone too. If you’re concerned about putting on weight over the holidays, drinking two bottles of deliciousness where the first 3 ingredients are: cream, sugar, alcohol… probably not a sound strategy. Boxing Day, I returned to my nutritionist’s eating plan from last year – the one that took me to goal and beyond. I’m happy to say I’ve already peeled off the holiday weight and am now working on those 6 lbs I’d put on in the fall. Hopefully that won’t take too long because I need to start figuring out how to optimally fuel my training. And that can’t happen while I’m trying to budge the number on the scale.


Week 6 marks my highest volume week – more swimming, spinning, running and strength training – and that achieved with Christmas smack in the middle of it. Between Christmas prep, a loved one in hospital, and holiday entertaining, I’m grateful to have gotten everything in, even if I didn’t balance it through the week as I’d hoped. 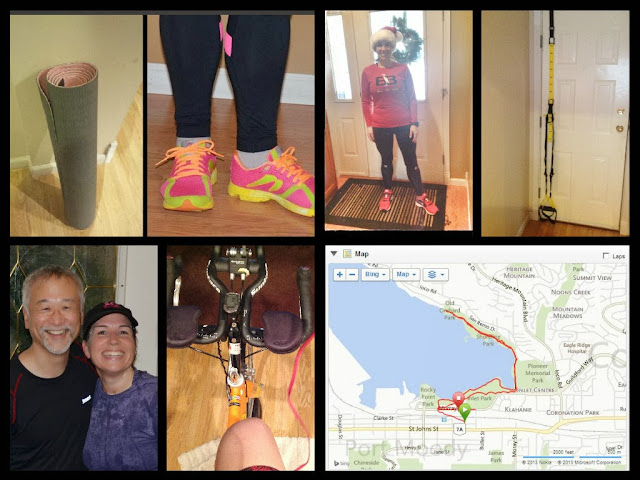